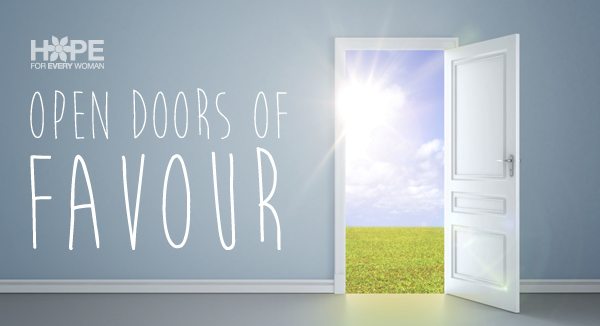 How are you all doing? We thank God for the month of August which is already moving fast. His grace brought us this far and His grace will carry us through to the end.

We serve a prayer answering God. Even when he does not give us what we have asked for at that moment, that is still an answer because He knows what is best for us and He knows the right time to give us anything. The will of God is that we may give thanks in everything because this shows that we trust Him with our lives. We thank Him for the past seven months and we trust Him with the rest of the year 2015.
I just want to encourage you with the words found in Psalm 102:13 “You will arise and have compassion on Zion, for it is time to show favour to her; the appointed time has come.” As we go forward with the month of August I believe that it is God`s set time to favour you tangibly. The word favour means an act of kindness that is beyond what is due or usual, indulgence, greatly satisfy, support, help, show kindness, show approval and commendation, an advantage that you give to someone, a blessing and grace undeserved.

I believe we have entered the season of favour where God will be greatly satisfying us. He will give us great advantages in all we will set our minds and hands to do. God is going to be doing things that will amaze us in more than one way. Not only is He going to be helping us and supporting us, He is also going to do uncommon things in us and through us. It's one thing to talk about favour or to know about favour but it's another thing to tangibly experience it.

My family and I have already started experiencing this realm of tangible favour. When we went to Israel last year, our first born Ayanda was studying for her exams so she could not come with us. We went with her younger sister Realeboga. We so desired for Ayanda to experience Israel as it would cause her to see the actual places described in the Bible hence strengthening her faith like ours was strengthened when we went there.
At the end of last year an advert went out for a Holy land tour for university students for August 2015. We really wanted Ayanda to join this group but we did not have the finances. From our financial point of view this was impossible but the desire remained in our hearts. Ayanda also wanted to go but again the limitation was the cost. We left the matter and trusted that one day she would go and that God would make a way for her. On Friday the 31st of July we attended a friend's funeral. As we were driving back a call came in from the organiser of the Tour informing us that one of the students who was going on this trip had cancelled. She then asked if Ayanda could replace this student at no cost since the expenses had already been paid including the ticket and hotel accommodation. As I write Ayanda is in Israel! Praise the Lord that is tangible favour. God showed us kindness and greatly satisfied us. 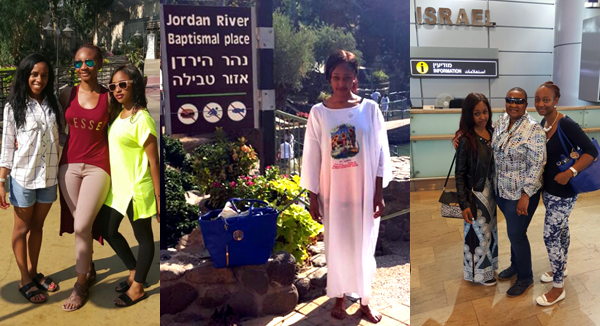 We planned to go to Sweden for a family holiday this August but the girls and I needed visas. Again there was a financial constraint. We applied via an agent and we were given the requirements and the amount of fees that would be needed. We sent an electronic application and we were given an appointment for the 30th of July. I told a close relation who is a diplomat in Sweden. She then said she would see how to assist us. She advised that we go to the embassy directly and not via the agent.

We went to the embassy on Wednesday and we realised the visa section was closed. We still proceeded to the reception even though we knew they would not see us. To our surprise they expected us and knew we had come from Bristol. They informed that us that a call had been made on our behalf. We were told where to go. They took all our documents and we saw the favour of God in that they opened for us. In less than thirty minutes our visas were granted. They granted us what is termed gratis in diplomatic terms meaning favour and we did not pay. By this time we were speechless. This was a wonder and an indulgence. The Swedish Embassy granted us undeserved kindness to God be the glory! 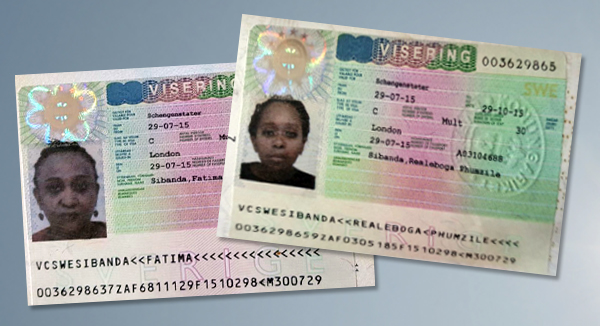 It is set time to favour Zion. It is set time to favour you. What God did for us He will do for you. Align yourself with this word. Pray about it and expect the tangible favour of God in your life. When Ayanda is back from Israel we are heading for Sweden.
May you see the wonders of God this month of August and beyond.
Much Love
Pastor Fatima
Posted by Rev. Fatima Sibanda at Friday, August 07, 2015 No comments:

For surely I know the plans I have for you, says the Lord, plans for your welfare and not for harm, to give you a future with hope. Then when you call upon me and come and pray to me, I will hear you. When you search for me, you will find me; if you seek me with all your heart...